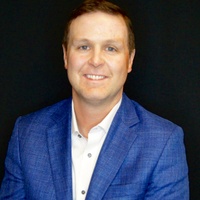 Miles grew up in finance by watching and learning from Terry W. Harris, his father and founder of Harris Financial Group Inc. He joined HFG after graduating from Texas Tech University in 2006. In July 2006, the Harris family experienced a tragic event that would forever change their lives. While working side-by-side, Miles and Terry were in a private airplane crash. The single engine aircraft experienced engine failure and forced them to land in a field. The plane ran through a barb-wire fence and was abruptly stopped by a propane tank. Luckily, the propane tank stayed intact. However, sparks flew upon impact and ignited a fire. Both received severe burns while exiting the aircraft. Unfortunately, Terry was unable to recover from his injuries and passed away on July 19th 2006.

As a result of this tragedy, Miles has dedicated his life’s work to educating others on financial wellness. He does this by delivering outstanding presentations centered around many different financial topics. He believes that education is the centerpiece that gives you the confidence to make sound financial decisions. Miles also creates individual Financial Plans for our clients through a collaborative and concise process.

Miles and his wife Krystin live in Keller, TX with two children – Preston and Paxton. Both boys are avid baseball players so most of the family time is spent on the baseball field.

Miles is a member of the Financial Planning Association and a 2017 and 2018 Five Star Wealth manager award winner.*

*The FIVE STAR Award is granted by Five Star Professional, an independent 3rd party marketing firm. This award is not indicative of future performance or success and stems from nominations by industry professionals in a given market area and based upon objective criteria including favorable regulatory and complaint history, reviews conducted by the firm, retention rates, and client assets administered.